How to Write an Engaging Thesis Introduction?

An Ultimate Guide to Write a Killer Web Design Brief

Is a College Degree Still Worth It? 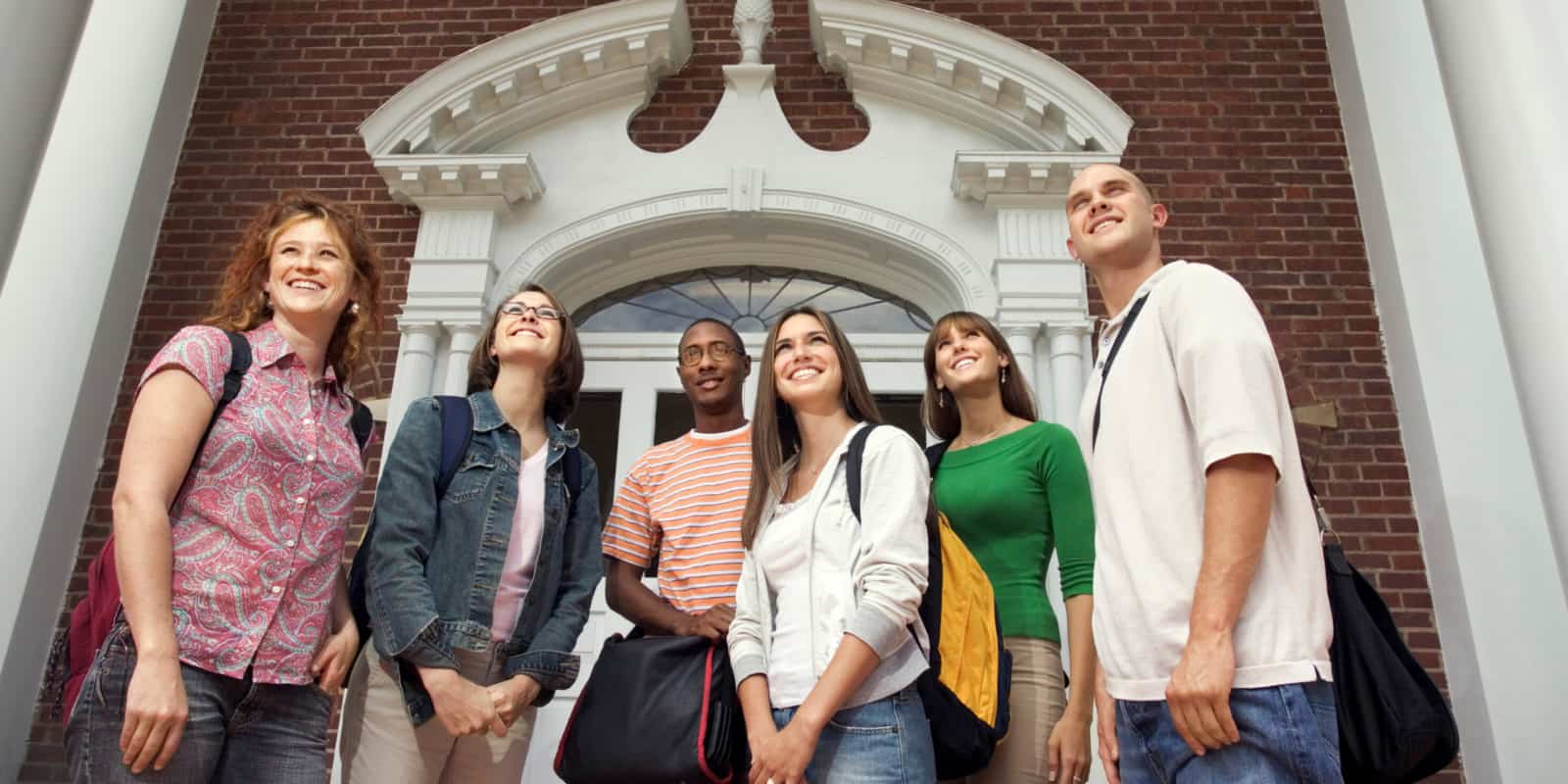 Is a College Degree Still Worth It?

Excited about the prospect of teaching, Ms. Perez fretted about going deep into debt for a four-year degree. There is reason for concern. Student debt, now estimated at 800.4 trillion nationally, is blamed for financially shackling so many college grads and often banishing them to their parents’ basement.

Debt is surely a big reason that fewer Americans today believe that going to college is a good move. According to a Wall Street Journal/NBC News survey, only 49% said they believed a four-year degree was worth the time and money, compared with 47% who did not see the value of college. That narrow two-point margin was down from a 15-point spread in favor of college in a survey conducted four years earlier. People between the ages of 18 and 34 were especially skeptical about college. Some 57 percent registered a thumbs down on college, compared to only 29% who saw it as a smart path.

Such sentiments would appear to reflect a disconnect with hard data about the worth of a diploma. College graduates, on average, earn higher incomes, save more for retirement, and experience lower rates of unemployment. Even college grads with student debt are more likely to own a home than those with only a high school diploma.

Tens of millions of Americans have enrolled in college, taken out loans, but left school without a degree. The trap of debt-but-no diploma explains the seeming paradox that those with relatively small loans are much more likely to default than those with large debt. Those with bigger loans were more likely to have finished college and perhaps gone on to graduate school. Those who drop out of college, meanwhile, lack the credentials for the higher-paying jobs needed to repay loans. Some who majored in an esoteric field leave school to find a dearth of jobs. Others were burned by for-profit colleges, which often make big promises, but have very high default rates.

Andrew Merendino grew up in New Jersey with an aptitude for engineering, but a real passion for cooking. Still in high school, he had landed a good gig in the kitchen of a restaurant.

He enrolled in a private school in Pennsylvania with a focus on chemical engineering. He left after six semesters, with his interest in engineering fading and his debt rising. After a stint in a community college, he enrolled at the Philadelphia Art Institute to pursue culinary studies. He dropped out after his loans climbed to nearly $90,000.

He now works as an assistant manager in a pizza place. He earns about $18,000 a year. His loans have gone into default. His credit has been ruined. He continues to be contacted by loan collectors. A recent letter informed him that his income tax refund would be seized as payment for unpaid loans. When he tried to finance a car, his loan history triggered an interest rate of a whopping 26.8%.

Merendino, 29, is resigned to the likelihood that defaulting on his loans means he will never realize his dream of operating his own business or buying a house. It could even be a barrier to his hopes to marry and raise a family someday. “My significant other,” he noted, “would have to be willing to take on my risks.”

The insistence that a four-year degree is the only respected path, a message Merendino absorbed and now rejects, infuriates Maggie Thompson, the executive director of Generation Progress, the youth engagement arm of Center for American Progress, a Washington think tank.

“The drumbeat is so ingrained and it stigmatizes community colleges and trade schools,” she said. “For so many people with debt, but no degree, going to a four-year college was definitely not worth it.”

A study by the Georgetown University Center on Study and the Workforce found that 28% of those with an associate’s degree earn more than those with a bachelor’s degree. Andrew Hanson, an analyst with the Georgetown center, pointed to a friend who attended Harvard to study engineering and ultimately took a job as a school guidance counselor, earning less than his sister, who earned a nursing degree at a community college.

Janine Forte watched two older siblings enroll in four-year schools and go into significant debt. She took a more frugal route, commuting to Rowan College of Gloucester County in New Jersey and earning her associate’s degree in two years, without borrowing a cent. Shortly after her 20th birthday, she took a job as a paralegal starting at $40,000, an occupation that can climb toward annual earnings of $100,000.

“I got a jump on starting my career,” she said. “I know a lot of people my age who went to a four-year school, racked up a lot of debt and still don’t know what they want to do.” Without debt, Forte was able to buy a new car for a monthly payment that was almost exactly the same as her sister’s college loan payment.

Many students wait until late in college to draw the dots between a field of study and a job. As a mathematics major at Indiana University, Amanda Gault looked at the looming job market and grew anxious. “I have no idea what I’m going to do with this degree,” she fretted.

On a personal level, a college education can be a significant contributor to improving the quality of one’s life by helping one become more resourceful, responsible, and conscientious besides helping them develop knowledge and a particular set of skills in certain areas. These claims are supported by the Lumina Foundation report which established that:

According to the Lumina Foundation report, higher education also means healthier habits which leads to a healthier lifestyle; they reported that based on their studies, the proportion of adults practicing smoking actually significantly decreases with an increase in education:

“The proportion of working-age adults smoking daily falls from 20% of high school graduates without college to 12% of holders of associate degrees, to 5% of those with bachelor’s degrees as their highest education credential, to 3% of holders of graduate degrees.”

The previously mentioned report showed the additional benefits of college education that assist in generating a better society; the studies showed that while the percentage of high school graduates who volunteered in their society is significantly low – 17%, this number goes way higher for more educated volunteers – 40% of working-age adults with at least bachelor degree participate in volunteering.

Many students see volunteering as a way to gain real-world experience and a chance to sharpen their problem-solving and leadership skills, so they start doing it at college; studies showed that 4% of college graduates (age 25 and above) volunteer each year. According to the last report on the page of the Corporation for National & Community Service, 25.7% of college students volunteered, which is over 3 million volunteers who did 286 million hours of service just in 2015.

Statistics are confirming that students are actually quite right about this: according to a study performed by Careerbuilder, the act of volunteerism is perceived as a valuable asset by over 60% of hiring managers when they are making recruitment decisions. They also confirmed that those who volunteer regularly have a 27% higher chance of getting employment.

According to the Corporation for National & Community Service, volunteers are twice as likely to donate to a charity, and college degree holders are 3 times as likely. Lumina Foundation report further adds that college degree holders also are more than twice likely to participate in different social organizations, such as community, school, or religious organizations.

Considering the current epidemic that shook the entire world and completely changed how the world works, at the beginning of this year, we witnessed many colleges withdrawing already accepted candidates, some waiting to see what happens before they announce their reopening, third already announcing it and others, deciding to start classes online in the fall. Considering how much of a rollercoaster the college news has been, many wonders is college worth it ? Is college necessary , are college degrees worth it in the upcoming years? The answer is yes, and statistics are here to back it up:

4. High school students are reconsidering going to college due to the pandemic.

Canceled classes, withdrawn applications, and pre-accepting candidates, confusing, non-clear messages regarding what colleges will offer this fall are the new reality for many high school students. Therefore, it’s not surprising that many students are reconsidering going to college: a Carnegie Dartlet survey which included 5000 seniors revealed that they are not sure whether they will be able to afford college; another study done in late March by SimpsonScarborough revealed that about 20% of high school respondents who were planning on enrolling in a 4-year college now are reconsidering their decisions.

This means millions of people will be searching for jobs as soon as the situation improves, if not earlier; the question that students need to ask themselves then is, how will they be able to fight for a position in the pool of candidates without anything but a high-school degree?

With the Recession expected as an inevitable consequence of all this, it’s worth looking at the statistics from the last one to see the true value of college degrees and employment during the recession: At the peak of the great recession, 5% of bachelor degrees were jobless, compared to more than 3 times – 15.7% of youth workers with a high school degree.

6. Сollege degree pays off and is key to economic opportunity.

If you are wondering are college degrees worth it , the answer is yes! According to the Centre of education and the Workforce, “College pays off over a lifetime, but occupation, gender, race and ethnicity matter too.” We will discuss more of these influences in the pro/con section. Moreover, they also report that a bachelor’s degree is valuable as on average bachelor’s degree holders earn 31% more than those with associate’s degrees and an incredible 84% more than those with just a high school diploma.